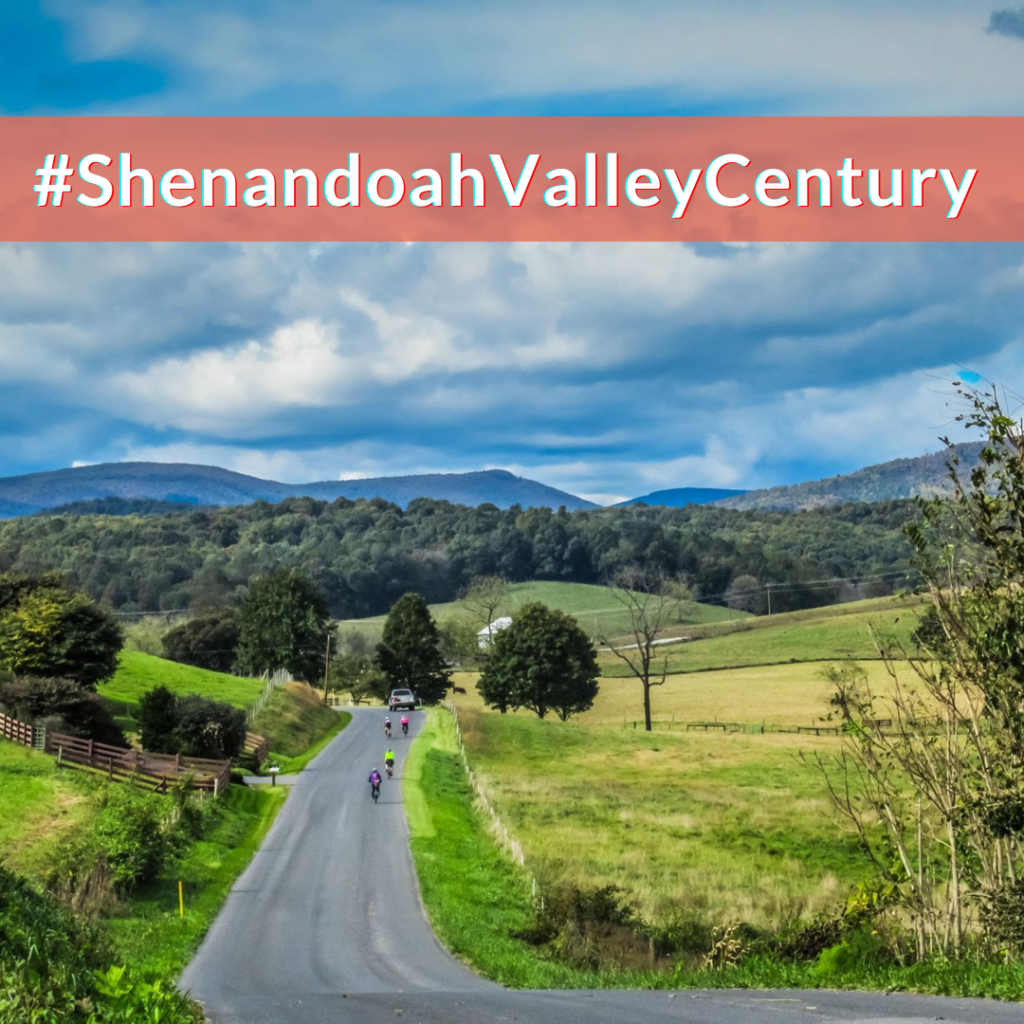 When we opened registration for the Century in 2020 we recognized that the 38th year of the event would look and feel different than prior years. Due to a number of factors associated with the COVID pandemic, it has become clear that the Coalition will not hold a single day Century on Sunday, September 13.

Instead, we will celebrate the history and 38 years of the Century along with our bucolic rural roads of the Shenandoah Valley for the entire month of September and into October.

Please know that registration for the Century supports all of the Coalition’s work as we harness the power of the bicycle to Build Better Communities in the Valley. While we are always working on a range of campaigns, we are very excited for the Century to support the transformation of our Bikes for Refugees program into its new iteration, Bicycles for Neighbors.

We have recently restructured and re-titled the program to better serve a broader array of people in the Central Shenandoah Valley who are in need of a bicycle. The new name, Bikes for Neighbors, is inspired by the neighborly atmosphere of our community and the “No matter where you are from, we are glad you’re our neighbor” signs, which originated in our little corner of the world.

Thank you for your support and we are eager and excited to use the month of September to highlight the history of the Century while celebrating the unique rural routes that make up our four beloved cloverleaf loops.

Do You Still Want to Support the Century and Bikes for Neighbors?

What are we doing instead? Virtual?

While we can’t hold the Century on Sunday, September 13 as we had hoped, we do want YOU to get out and ride your bike this fall. We would love it if you rode our Century route but really you should ride wherever and whatever you want. Snap a photo, especially on the Century route and post it to social media with the hashtag: #ShenandoahValleyCentury and there is a very good chance that we will follow-up to send you something fun.

After 36 years, the Century start location moved from Harrisonburg’s Hillandale Park to Bridgewater’s Oakdale Park. This allowed the shorter routes to avoid some of the roads that somehow have seen an increase in car traffic in the past 36 years. It also allows for a single aid station rather than one in Harrisonburg and one in Bridgewater.

If you would like to ride any of the cloverleaf loops that comprise our Century, take a look at the cues below and recognize that they all start from Oakdale Park in Bridgewater, Va.