The Shenandoah Valley Bicycle Coalition has a 35+ year history of building better communities. 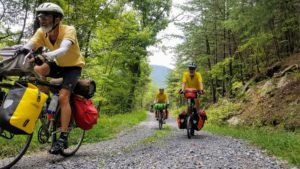 The Coalition obtained a special use permit to open the Madison Run Administrative Road to bicycles for a weekend camping trip to Loft Mountain. A proposal to permanently open this road to bicycles was sent to Jennifer Flynn, Superintendent, Shenandoah National Park for her approval. 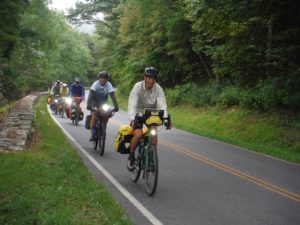 A Car Free Day closed the northern section of Skyline Drive to motorized vehicles and opened it to bicyclists and other human-powered transportation.  Future Car Free days are being explored in partnership with the Shenandoah National Park Trust. 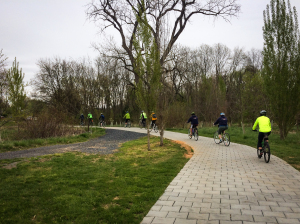 In 2015, the City of Harrisonburg and James Madison University were awarded $364,500 from Virginia Department of Transportation (VDOT) to extend the Bluestone Trail from Sonner Hall to Carrier Drive on JMU campus. 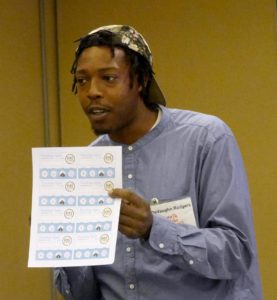 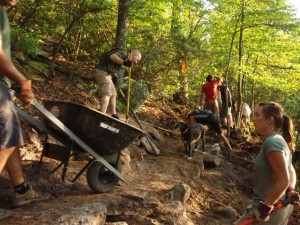 The Coalition received its second Recreational Trails Program (RTP) Grant from the US Forest Service, providing $125,000  to build additional mountain biking trails in the George Washington National Forest. The needed match for this grant was powered by Coalition volunteer trail builders and donors.

In 2011, the Coalition offered its first bike-rack grants to local businesses.  The program was so successful, it returned in 2013, creating additional riding and parking infrastructure in Harrisonburg.

Harrisonburg is designated a Bronze Level Bicycle Friendly Community by the League of American Bicyclists. 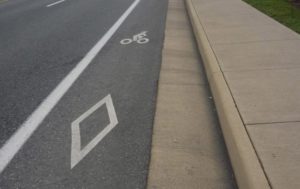 The first phase of the Main Street bike lanes were painted in August 2010. This was also the first project completed as part of the new 2010 Harrisonburg Bicycle and Pedestrian Plan. This first phase go from Miller Circle to Cantrell Avenue. Since then, bike lanes have extended south on Main Street to Mosby Road.

Thanks in large part to Coalition advocates, the City of Harrisonburg establishes a Bicycle and Pedestrian Subcommittee tasked with making Harrisonburg more walk and bike friendly. 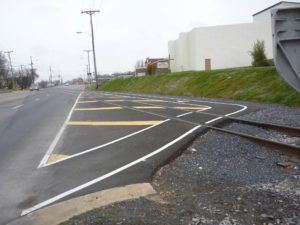 Working with James Madison University, the City of Harrisonburg and Stone Gate Apartments, the Coalition opened this vital connector to JMU for bikes.

The Coalition envisioned an active and organized cycling community that represents all types and levels of cyclists. The Coalition was formed so that the Central Shenandoah Valley would become known as a center of safe, sustainable and enjoyable cycling on roads, trails, and streets.

The first piece of the EMU to Downtown Harrisonburg connector, this path helps folks navigate from Graystone Drive to Dogwood Drive without having to travel on Chicago Ave. 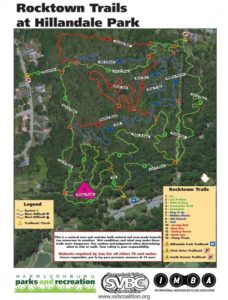 Work on the Rocktown Trails at Hillandale Park began in January 2007, and the Coalition opened the trails to the public in 2009.  Coalition members have spent over 4,500 hours building trail at Hillandale.  And the work continues! 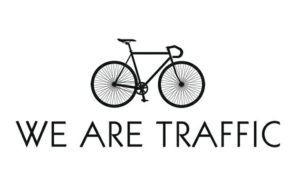 The Shenandoah Valley Bike Club holds their first Critical Mass Ride, writing “the City of Harrisonburg has been avoiding bicyclists for far too long, with many (non-bicycling) planners arguing that there just aren’t enough bicyclists out there to justify any infrastructure improvements. Prove them wrong.”

The Shenandoah Mountain Bike Club was formed in 1996. 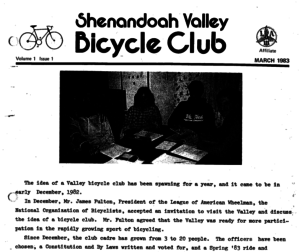 The Shenandoah Valley Bicycle Club published their first newsletter, in which they wrote:

The basic purpose of the club is to provide opportunities for extending the individuals knowledge and appreciation of his/her environment and abilities through experience in bicycling, or in brief, “to have fun.”

The Shenandoah Valley Bicycle Club was formed as a road cycling club in 1982.

Want to read more about the rich history of the Shenandoah Valley Bicycle Coalition?

You can read historic newsletters going all the way back to 1983.