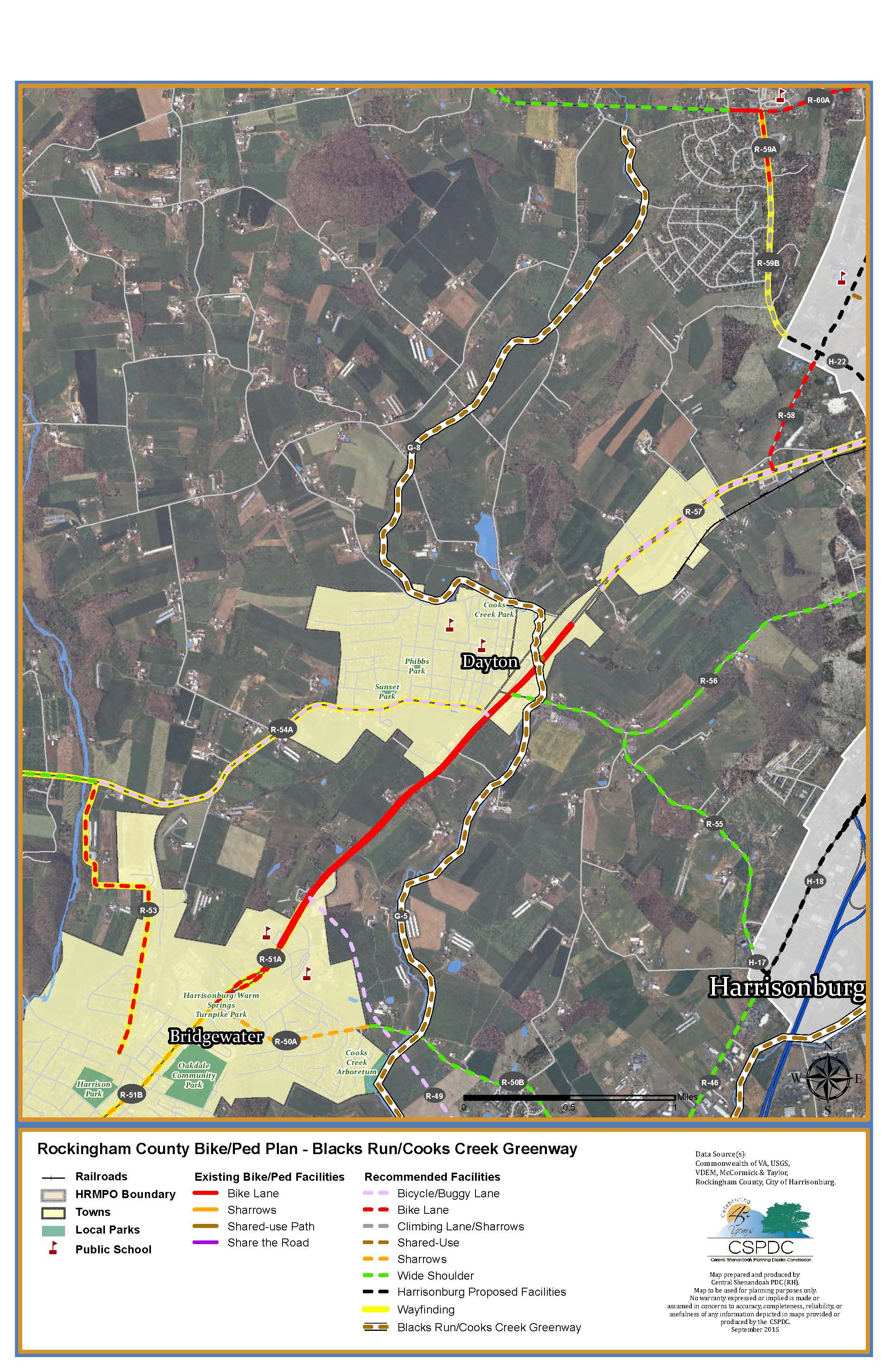 This piece is written by Bob Bersson, resident of Rockingham County, who is working with many partners to create an extensive greenway network in southern Harrisonburg and Rockingham County called “Southend and Cooks Creek Greenway”. Bob shared an update of his team’s work at the 2015 Harrisonburg & Rockingham Bike-Walk Summit. 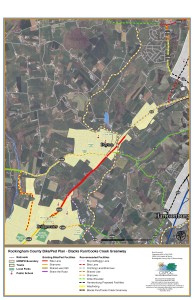 Stage One of the Dayton Greenway project will connect Silver Lake to Cooks Creek Park. It will feature a ten-foot wide, asphalt-surfaced path for walkers and cyclists and proceed from the historic Silver Lake Mill to the park via a bridge to be constructed over Cooks Creek. The distance of this first greenway section is a little less than half a mile. The distance around Silver Lake itself is a bit less than a full mile. Some fine walking and riding for area people of all ages and backgrounds could be in the offing. The project is also important as a connector of “satellite” parts of Dayton, like Silver Lake and The Mill, to the downtown area.

Future stages of the greenway will make additional connections of satellite areas to the center of town. Educational components in history and ecology, along with the recreational and transportation functions of the greenway, will be emphasized.

Planning for the project is being carried out by Valley Engineering and Virginia Tech’s Community Design Assistance program. The town of Dayton paid for the initial engineering study and will pay, with possible Virginia Dept. of Forestry support, for the Virginia Tech overall conceptual plan, due for submission to the town sometime in February 2016. Begun just six months ago in June 2015, the project has the unanimous backing of the town council and the Imagine Dayton citizens committee who are the joint movers behind the effort. (As an active member of Imagine Dayton, I will serve as a contact person for any with questions or interest in the greenway.)

Our vision for the future is GRAND. If we could realize our full vision, the greenway/pathway would extend northward along Cooks Creek to the Belmont area and south and east through the Bridgewater area to Mt. Crawford and connection with Blacks Run at Monger Park. We would love to see a “Southend Greenway,” from Harrisonburg to Mt. Crawford, eventually come into being. All of this of course is a very long-range vision but we hope to expand our greenway/pathway efforts throughout Dayton and then well beyond.

If you have questions or would like to get involved, Bob can be contacted at RDBersson [at] gmail.com.