Bikes May Use Full Lane

Bikes May Use Full Lane 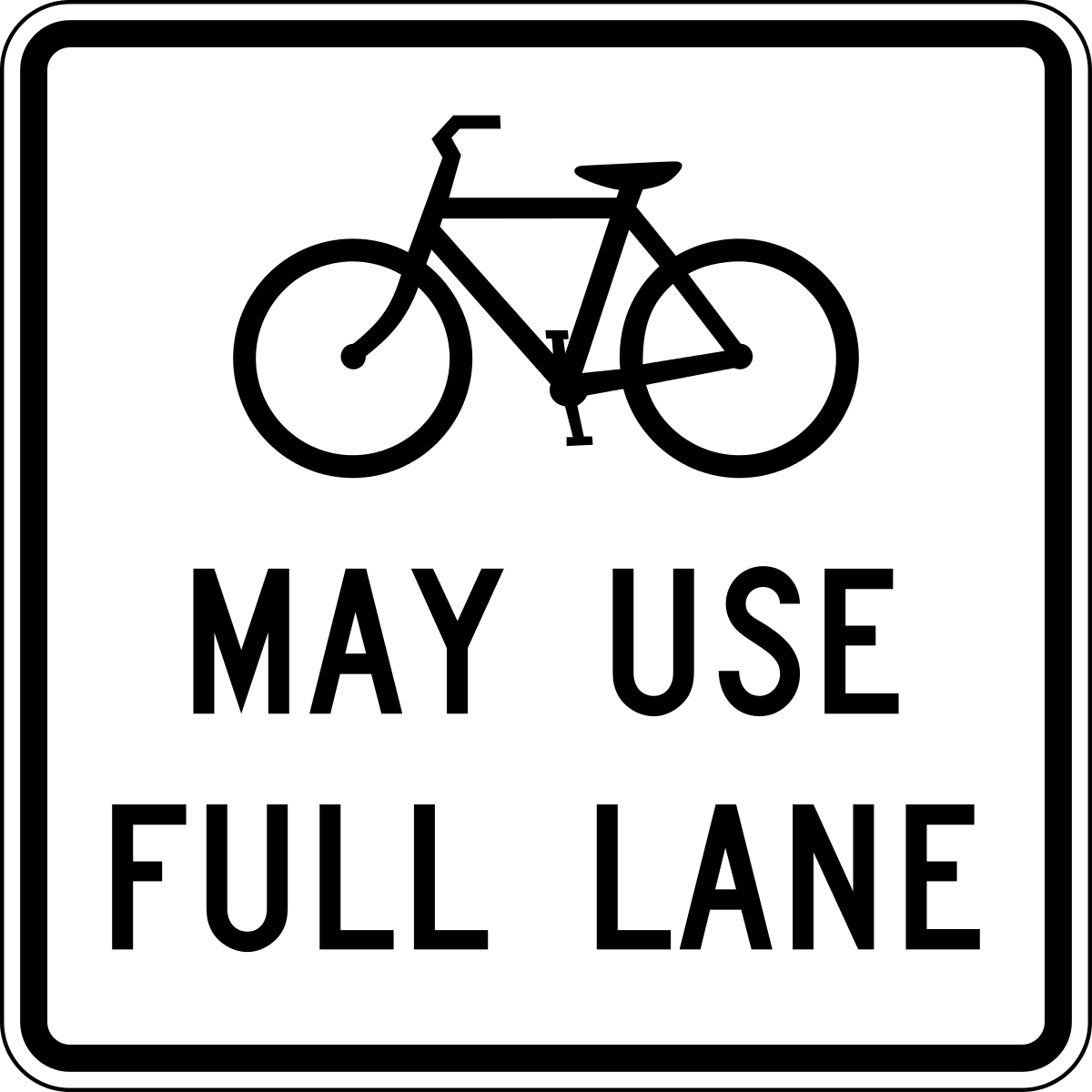 Bikes Have Right To Downtown Lanes

HARRISONBURG — Watch out, cyclists coming through.

The “sharrows” were not cutting it on the downtown streets, according to Kyle Lawrence, executive director of the SVBC, so the Harrisonburg Public Works Department put up six signs throughout the entryways of downtown that say “Bikes May Use Full Lane.”

The idea came from the Shenandoah Valley Bike Coalition during a Bicycle and Pedestrian Subcommittee meeting in October 2017.

The SVBC staff saw other communities, including Charlottesville, Norfolk and Fairfax County, using the signs as a way to inform vehicles that cyclists are allowed to use the full lane if necessary.

“Putting in a physical bike lane would be best, but this is certainly a step in the right direction,” said Lawrence. “It’s particularly useful for the downtown area where we’re still graveling with what our streets should look like downtown.”

Lawrence said he would like to see the city put in designated physical, guarded bike lanes instead of just having paint on the road.

“With no actual guard and small lanes, a car will try to squeeze by the cyclists. It’s just not safe,” he said.

Adding physical lanes is a large task and will require significant infrastructure changes, but Lawrence said Harrisonburg could test the idea out by putting temporary bike lane guards up on the right side of South Liberty and South Main street.

“The most dangerous thing a [cyclist] could do is be too far on the right side of the road,” Lawrence said. “The signs will help educate drivers and [cyclists] by informing them that bikes are allowed to ride in the middle of the road.”

Public Works Planning Manager Erin Yancey said that after researching into the benefits of adding the signs at the downtown entryways, staff concluded that it will be safest for cyclists.

Yancey said it is important to remember that it is legally required in Virginia for cyclists to ride in the right lane if possible. Vehicles are supposed to give cyclists at least 3 feet of space on the right side of the road.

The signs are located on East and West Market streets, on Mason Street near Martin Luther King Jr. Way and Gay Street and southbound on South Liberty Street.

“That’s the nice thing about signage is that it’s extremely inexpensive,” she said.

In accordance with the Harrisonburg’s Bicycle and Pedestrian Plan that lays out a strategy to build shared-use paths connecting the north and south parts of the city, staff have a long-term strategy to make walking and cycling more user-friendly.

The plan is to connect trails from the Northend Greenway near Eastern Mennonite University to South Federal Street and Bluestone Trail.

Yancey said staff has a project in the works for Federal Street to add a bike path.

May
31
Sun
9:00 am Bridgewater Road Ride @ Bridgewater
Bridgewater Road Ride @ Bridgewater
May 31 @ 9:00 am – 12:00 pm
Social intermediate road ride. No one is dropped. This is a ride for those that can ride at an intermediate pace and up to 60 miles. For more details see http://svbcoalition.org/weekly-rides/
9:00 am Harrisonburg road ride
Harrisonburg road ride
May 31 @ 9:00 am – 12:00 pm
A casual-paced social road ride. 20-40 miles, depending on the weather and the participants. Nobody gets dropped.
View Calendar
Add