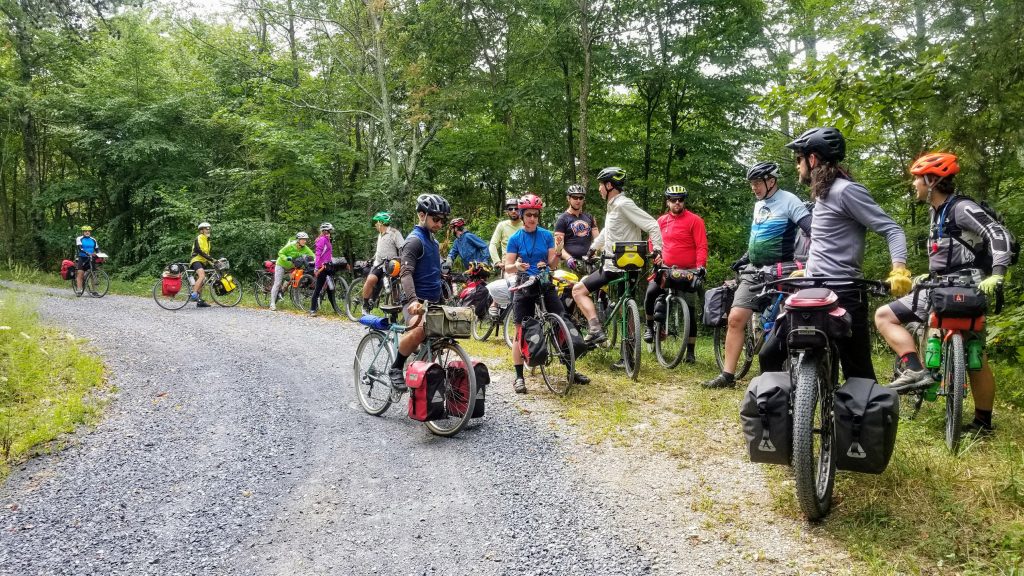 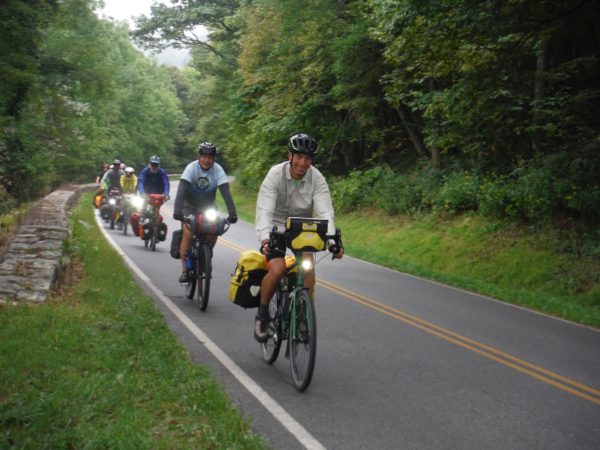 Shenandoah Valley Bicycle Coalition in partnership with Adventure Cycling has been working with Shenandoah National Park to make bicycling safer and more accessible in the park. This has led to some exciting developments in the past year including a Car Free Day in the northern end of the Skyline Drive on April 23 and bicycle awareness information being placed in the park newspaper handed out to all park visitors. Our latest development was a one-day special use permit to legally use the Madison Run Administrative Road for a bicycle camping trip from Harrisonburg to Loft Mountain Campground and return. On Saturday, August 29 twenty-one bicycle campers met at the Friendly City Coop with food and an amazing variety of gear to begin their ride to Loft Mountain Campground 30 miles away by way of the Madison Run Administrative Road. This is a well-maintained dirt road used by park vehicles but currently closed to bicycles.

View the Photo Album from our inaugural trip 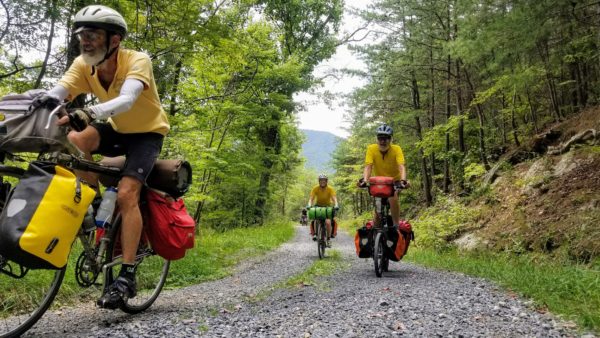 From the park boundary near the town of Grottoes, the road ascends five miles to Browns Gap on the Skyline Drive. Once on the Skyline Drive at Browns Gap the group broke into three smaller groups and rode the 4 miles to Loft Mountain Campground. On this route, there was much time to socialize and take in the scenery as the group was passed by less than a dozen cars on the trip to the park boundary and only saw one hiker on the ride on Madison Run Road.

The trip will be reviewed by SVBC and the park leadership with the goal of other such trips in the future. The hope is that these trips will lead to more ongoing bicycle access to park administrative roads.

Until this is accomplished it is important to note that these roads are currently closed to bicycles and that this was a special single-use permit.  Please support SVBC’s work with the park by not bicycling on these administrative roads until it is legal to do so.  We hope this will be possible in the future.