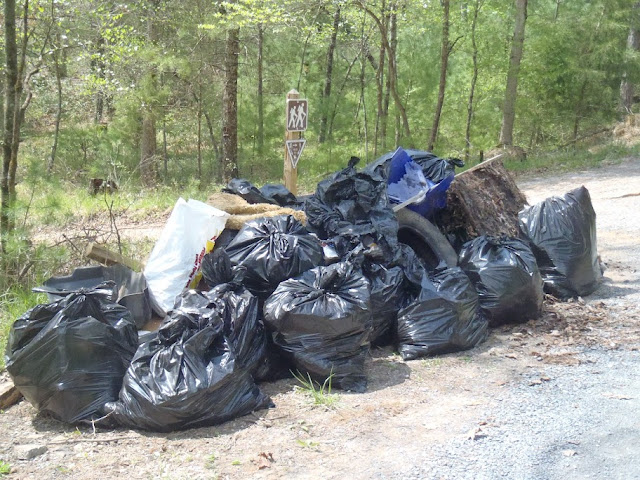 On Saturday 21 April, 2012 twenty-two members and friends of the Shenandoah Valley Bicycle Coalition met at the Dog Graveyard on Tillman Road in the Dry River District of the George Washington National Forest. This is the 5th year of SVBC celebrating Earth Day by picking up trash along the 7 mile forest service road. Each year has seen less and less trash collected with the first year totaling 5 tons. This year the total has not been officially announced but, as you can see in the photo, there is still trash to be had. Some highlights and low points of the day; Roland and Amy celebrated their 11th anniversary by joining the festivities.

Congratulations to the Owens and Katy; Joel, Andy, Mat and Marshall scrambling down the bank to retrieve a long ago dump site; Said members passing bags hand to hand to get trash to the top of the ravine;
Jason not throwing his Mr. J’s receipt on the ground; Jungle Love, nothing else to say about that;
All the gang who picked up the north end and the tank traps; Jason, Baden and Adeline Sajko, Art, Adrie and Carl making a huge difference on the south end; Mountain bike ride afterward, awesome.

Thanks to everyone who helped including Marcia, Tim, Jack, Tom (Mr. Old German steel can), Erin, Vince, Mike and Karl. Mother Earth thanks you. 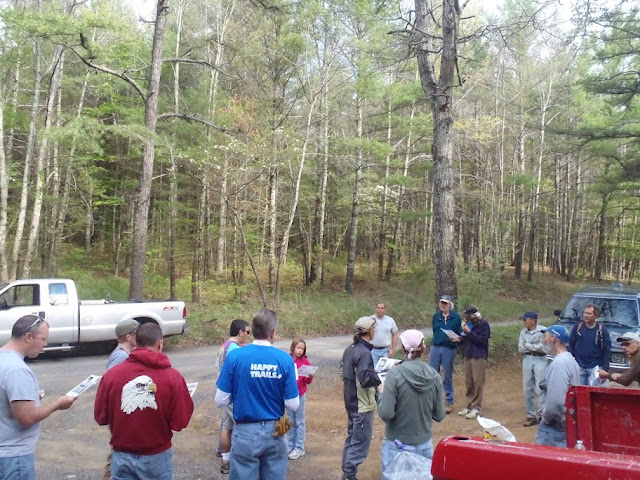