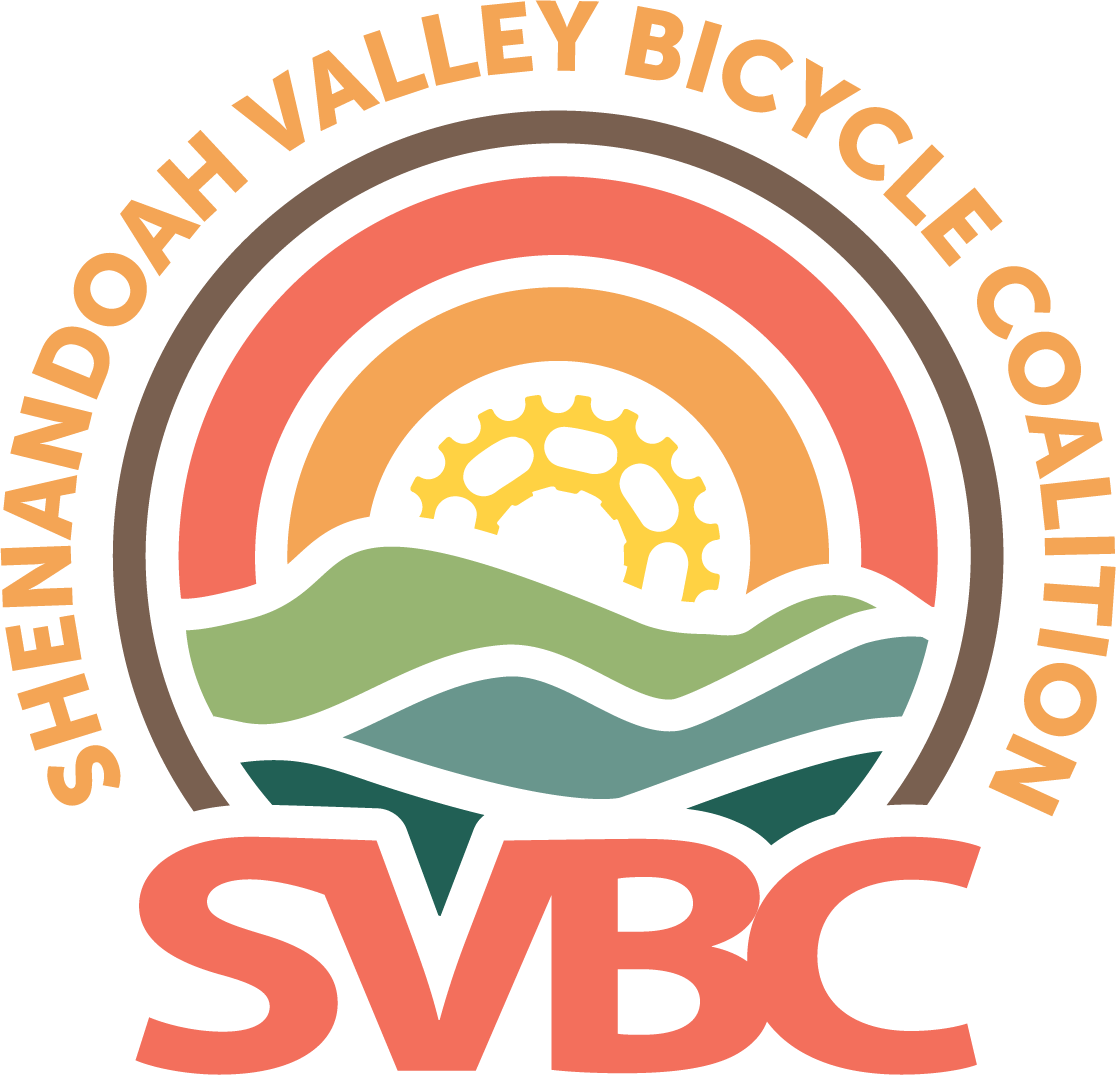 With a 20+ year history of organizing and advocating for better biking opportunities in the Valley, powered by many long hours and the love of volunteers, the Shenandoah Valley Bicycle Coalition is ready to take a historic step. We are pleased to announce that we are expanding to include our first ever full-time, paid bicycle advocacy position, and as such we are launching a search for an Executive Director.

The Board of Directors announced the Coalition’s planned expansion amid excitement and enthusiasm for the direction and momentum of SVBC. Over the past several years, the Coalition has leveraged hundreds of thousands of federal dollars to build mountain bike trails in the National Forest, worked with local governments to design and open urban greenways, and built community partnerships to put kids, refugees, and new riders on bicycles. Membership of the Coalition continues to grow and is currently at record levels. In 2017, the Coalition completed a renewed planning process, clarifying that its mission — Building Better Communities through Biking — encompasses a full range of community building initiatives from engaging the public, to empowering new and longtime riders, building new trails, bike lanes, and safe routes to school, and of course celebrating and promoting a regional culture of riding.

The long-considered decision to hire an Executive Director rests on the belief that, at this point in the Coalition’s growth, full-time dedicated staff can build upon, strengthen, and expand our vibrant volunteer networks. Responsibilities of the new Executive Director will include enhanced community outreach; building new partnerships with local governments, funders, and policymakers; promoting and supporting volunteer-led rides, events, and trail building initiatives; and expanding Coalition membership among both new and experienced riders. Additionally, the Executive Director will be responsible for helping coordinate and grow the Coalition’s increasingly diverse programming, policy initiatives, and membership activities.

“This expansion does not represent a change from a volunteer culture to a professional one,” said Mike Bowen, as he announced the expansion decision at the Coalition’s Annual Potluck on Monday. “This decision is a celebration of our can-do culture and a desire to amplify the work of our volunteers. Together, we are growing the Coalition — reaching new populations, creating new partnerships, changing minds, and building a community that’s joyful, safe, connected, and full of bicycles.”

Have Ideas about How the Coalition Should Grow?

Now is the time to share them! Your input will be used to help craft the priorities and work plan of the Coalition as we move into 2018. Please consider letting us know your hopes, goals, and concerns through this online survey here.

Apr
5
Sun
9:00 am Bridgewater Road Ride @ Bridgewater
Bridgewater Road Ride @ Bridgewater
Apr 5 @ 9:00 am – 12:00 pm
Social intermediate road ride. No one is dropped. This is a ride for those that can ride at an intermediate pace and up to 60 miles. For more details see http://svbcoalition.org/weekly-rides/
9:00 am Harrisonburg road ride
Harrisonburg road ride
Apr 5 @ 9:00 am – 12:00 pm
A casual-paced social road ride. 20-40 miles, depending on the weather and the participants. Nobody gets dropped.
View Calendar
Add